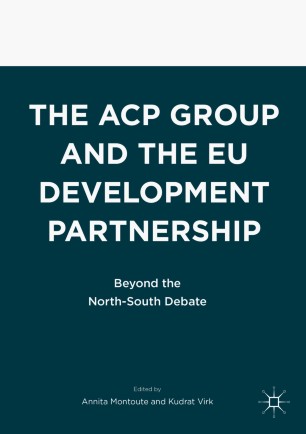 The ACP Group and the EU Development Partnership

Beyond the North-South Debate

This book is a systematic and critical assessment of the nature, evolution, and prospects of the development partnership between the 79-member African, Caribbean, and Pacific (ACP) group of states and the 28-member European Union (EU). This partnership – the most comprehensive of its kind – remains an important framework for addressing development challenges in the ACP regions. But, in order to sustain its relevance and effectiveness, it needs to adapt to an evolving global order characterised by the rise of new powers in the global South such as China, India, and Brazil, as well as internal developments in both the ACP and the EU. This is crucial for the ACP group, in particular, given its core focus on development cooperation with Europe. The authors in this volume examine the history of the ACP-EU partnership since 1975; the EU’s relationship with the African, Caribbean, and Pacific regions individually; ACP experiences with economic partnership agreements (EPAs) with the EU; and new political issues such as security, migration, and diasporas. Shedding light on the future prospects of this partnership, this book will be of interest to both scholars and policymakers working on ACP-EU relations and related development issues, including trade, aid, security, and migration.