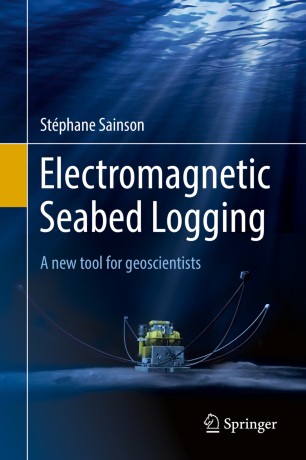 A new tool for geoscientists

Seabed logging (SBL) gathers the electromagnetic methods of marine subsoil exploration and more specifically those dedicated to the exploration of oil and gas at sea.

Appeared in 2000, these techniques, with more than 500 industrial jobs, present after 15 years of commercial success a discovery record rate of nearly 90 % and seem now to turn the world in the offshore exploration field.

Proposing a serious index of the presence of hydrocarbons , electromagnetic SBL coupled with seismic reflection survey is probably the first reliable method for direct detection of hydrocarbons. Complementing the structural concepts of oil exploration used since the 1920s, the SBL now radically modifies the approach and the philosophies of exploration especially those then including drilling and well logging activities.

Electromagnetic Seabed Logging: a new tool for oil and gas prospecting, which original publication in French was in 2012, presents these methods, its principles, advantages, limitations, instruments, modeling and applications.

It is also designed to be a tool for a reflection on the use of electromagnetic energy for the exploration in a conductive medium as sea water thus setting the theoretical and practical limits of these investigations for future developments.

This book is intended of course for the geophysicists and the petroleum geologists, but also for the earth scientists, the reservoir engineers and the log analysts.