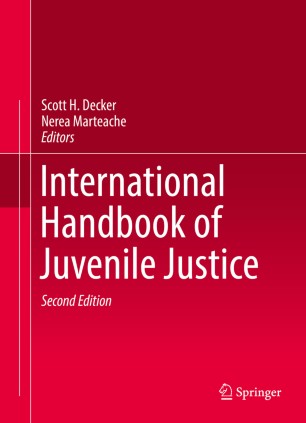 This comprehensive reference work presents an in-depth analysis of juvenile justice systems across the world. The second edition of this Handbook has been updated with 13 new chapters, now covering a total of 34 countries, across North and South America, Europe, Asia, Africa, and the Middle East from an international and comparative perspective.

The International Handbook of Juvenile Justice is the result of research conducted by a group of outstanding scholars working in the field of juvenile justice. It reflects a collective concern about trends in juvenile justice over the past two decades, trends that have begun to blur the difference between criminal and juvenile justice. Also new to the second edition, each chapter is formatted to increase the comparative aspect of the book, highlighting:

This seminal work highlights similarities and differences between the various systems, and will be an important reference for researchers in criminology and criminal justice, particularly interested in juvenile delinquency and youth crime, as well as related disciplines like sociology, social work, and public policy.