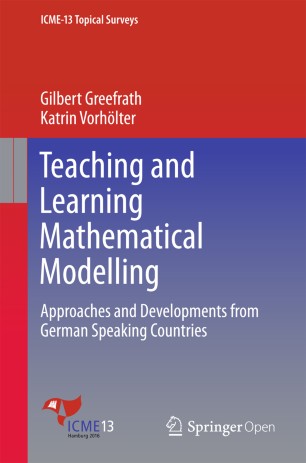 This survey provides an overview of the German discussion on modelling and applications in schools. It considers the development from the beginning of the 20th century to the present, and discusses the term “mathematical model” as well as different representations of the modelling process as modelling cycles. Different trends in the historical and current debate on applications and modelling can be differentiated as perspectives of modelling. Modelling is now one of the six general mathematical competencies defined in the educational standards for mathematics introduced in Germany in 2003, and there have been several initiatives to implement modelling in schools, as well as a whole range of empirical research projects focusing on teachers or students in modelling processes. As a special kind for implementing modelling into school, modelling weeks and days carried out by various German universities have been established.