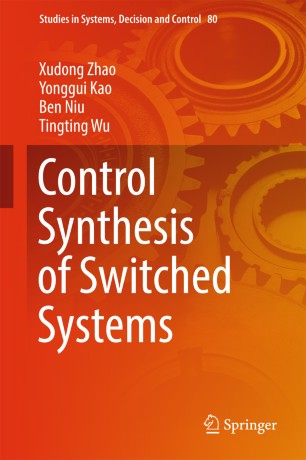 Part of the Studies in Systems, Decision and Control book series (SSDC, volume 80)

This book offers its readers a detailed overview of the synthesis of switched systems, with a focus on switching stabilization and intelligent control. The problems investigated are not only previously unsolved theoretically but also of practical importance in many applications: voltage conversion, naval piloting and navigation and robotics, for example. The book considers general switched-system models and provides more efficient design methods to bring together theory and application more closely than was possible using classical methods.

It is a useful source of up-to-date design methods and algorithms for researchers studying switched systems and graduate students of control theory and engineering. In addition, it is a valuable reference resource for practising engineers working in switched-system control design. Readers should have a basic knowledge of linear, nonlinear and switched systems.