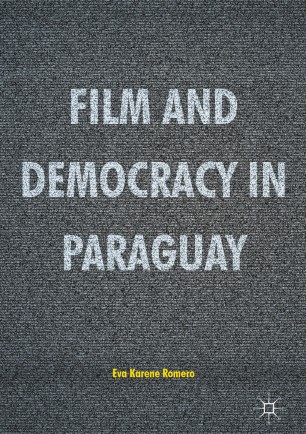 Film and Democracy in Paraguay

This book is dedicated to the study of Paraguayan film, particularly small cinemas and movies which represent a socio-politically charged perspective that has until now been overlooked in Latin American Studies. Romero demonstrates that these films are critical to understanding the dynamics of politics and cultural identity in Latin America as a whole. An in-depth exploration of the Latin American post-dictatorial transition of power Romero investigates this contemporary crisis through the dynamics of race, class, gender, and sexuality. Each chapter takes a film or films as its jumping off point, then zooms out to encompass elements of the national political, economic, social, and historical context. Romero analyzes some of the most pressing social issues in Paraguay while reflecting on the power of cultural discourse through film.

Eva Karene Romero studies the arts and culture of Latin America and the US Southwest. She has lectured at The University of Arizona, USA, and published in Hispania and the Journal of Latin American Cultural Studies. She currently serves on the Board of Directors at the Arts Foundation for Tucson and Southern Arizona.

“Eva Karene Romero’s study of Paraguayan cinema is the first monograph about the nation’s cinema, but it is also much more than that. … Romero’s book comes at a very opportune moment. Not only is this a watershed text about an overlooked aspect of the culture of a country that remains little known, but it was written as cineastes in Paraguay lobbied their government to pass a cinema law.” (Catherine Leen, Bulletin of Spanish Visual Studies, Vol. 3 (1), 2019)
Buy options