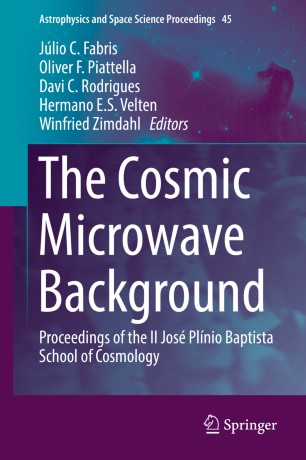 Proceedings of the II José Plínio Baptista School of Cosmology

The series of texts composing this book is based on the lectures presented during the II José Plínio Baptista School of Cosmology, held in Pedra Azul (Espírito Santo, Brazil) between 9 and 14 March 2014. This II JBPCosmo has been entirely devoted to the problem of understanding theoretical and observational aspects of Cosmic Background Radiation (CMB).

The CMB is one of the most important phenomena in Physics and a fundamental probe of our Universe when it was only 400,000 years old. It is an extraordinary laboratory where we can learn from particle physics to cosmology; its discovery in 1965 has been a landmark event in the history of physics.

The observations of the anisotropy of the cosmic microwave background radiation through the satellites COBE, WMAP and Planck provided a huge amount of data which are being analyzed in order to discover important information regarding the composition of our universe and the process of structure formation.