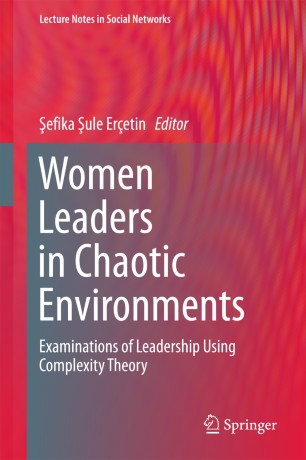 This book spotlights how women leaders behave in chaotic environments and features examples of women who have been key figures in determining complex socio-economic outcomes throughout history. Women leaders can be seen on many high- levels in the political arena, be they a prime minister, empress or opinion leader. From Kösem Sultan of the Ottoman Empire to Benazir Bhutto, women leaders have had an undeniable effect on modern history. Is it possible to understand the current role of women in politics in Turkey without the First Lady Emine Erdoğan?  Can we analyze Europe’s future without Angela Merkel? There are many different books about women leaders' biography or memoirs of persons who worked closely with them. However, until now, no in-depth scientific analysis of such women leaders with respect to chaos and complexity theory has been available. This work represents a unique and important step towards filling this gap in research, and includes an epilogue presenting women’s leadership model visualized by an eight-pointed star.