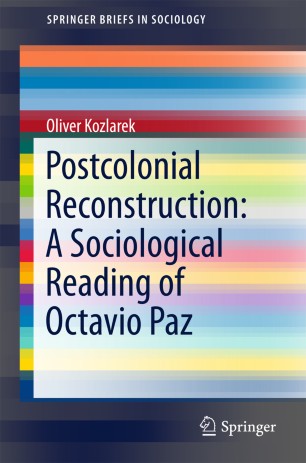 This book presents a close reading of the work of the Mexican writer and Nobel Prize Laureate, Octavio Paz. It does so from the specific perspective of sociology and the more general perspective of the social sciences. The book identifies opportunities for relating Paz’ sociological ideas to contemporary debates, arguing that Paz’ sociology is linked very closely to his assessment of what could be called the post-colonial condition that Mexico has been experiencing. The book thus advances the understanding of the differences between post-colonial experiences in Latin America and those of other areas of the world. In addition to revealing Paz’ sociology, the book focuses on Modernity and examines Paz’ critique of Modernity and his “project of Modernity”. It shows that a close examination of the works of Octavio Paz helps redefine Modernity from a Latin American perspective as an experience in which the global and local are intertwined, and helps to point in the direction of a new kind of humanism.