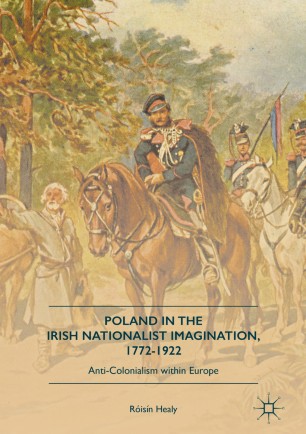 Poland in the Irish Nationalist Imagination, 1772–1922

This book explores the assertions made by Irish nationalists of a parallel between Ireland under British rule and Poland under Russian, Prussian and Austrian rule in the long nineteenth century. Poland loomed large in the Irish nationalist imagination, despite the low level of direct contact between Ireland and Poland up to the twenty-first century. Irish men and women took a keen interest in Poland and many believed that its experience mirrored that of Ireland. This view rested primarily on a historical coincidence—the loss of sovereignty suffered by Poland in the final partition of 1795 and by Ireland in the Act of Union of 1801, following unsuccessful rebellions. It also drew on a common commitment to Catholicism and a shared experience of religious persecution. This study shows how this parallel proved politically significant, allowing Irish nationalists to challenge the legitimacy of British rule in Ireland by arguing that British governments were hypocritical to condemn in Poland what they themselves practised in Ireland.