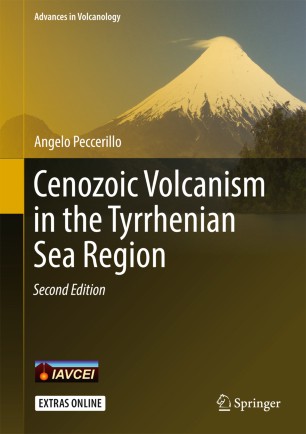 Part of the Advances in Volcanology book series (VOLCAN)

This is an updated edition of the book by the same author: "Plio-Quaternary volcanism in Italy - Petrology, geochemistry, geodynamics," published in 2005 by Springer. This edition has the same structure as the previous publication, with a general introduction; various chapters dedicated to different volcanic provinces in Italy; and a final chapter on the relationships between magmatism and geodynamics. It includes information that has become available in the last ten years, and new chapters have been added offering detailed discussions of the Oligo-Miocene orogenic volcanism on Sardinia and of some small outcrops of fragmented volcanic rocks occurring in several places of the Apennines. This new edition now covers the entire Tyrrhenian Sea magmatism of the last 40 Ma. Lastly, it includes two appendices: Appendix 1 reports on a comparison between the Tyrrhenian Sea volcanism and the partially coeval magmatism along the Alps and adjoining areas and has the objective of highlighting similarities and difference that can tell us much on geodynamics and magmatism between the converging plates of Europe and Africa. Appendix 2 s an update of the 2005 edition appendix and deals with classification of orogenic rocks with special emphasis on potassic alkaline volcanics.