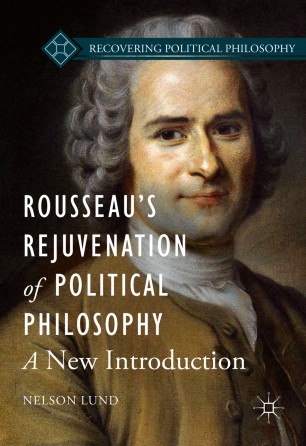 This book reads Jean-Jacques Rousseau with a view toward deepening our understanding of many political issues alive today, including the place of women in society, the viability of traditional family structures, the role of religion and religious freedom in nations that are becoming ever more secular, and the proper conduct of American constitutional government. Rousseau has been among the most influential modern philosophers, and among the most misunderstood. The first great philosophic critic of the Enlightenment, he sought to revive political philosophy as it was practiced by Plato, and to make it useful in the modern world. His understanding of politics rests on deep and often prescient reflections about the nature of the human soul and the relationship between our animal origins and the achievements of civilization. This book demonstrates that the implications Rousseau drew from those reflections continue to deserve serious attention.

Nelson Lund is University Professor at George Mason University, USA, where he is primarily affiliated with its Law School. He has published widely in political philosophy, jurisprudence, American constitutional law, civil rights, and bioethics.

“Lund’s work is unique in the scholarship for paying special attention to Rousseau’s own explicit references to Plato. This is undoubtably the best starting point for figuring out the relation between these authors. … I think Lund certainly makes a valuable contribution to Rousseau scholarship. He has shown both Rousseau’s deep connection with his ancient predecessors and the enduring relevance of his political philosophy.” (Kimberley Burns, The Review of Politics, Vol. 82 (1), 2020)
“Nelson Lund has written a deeply thoughtful and trenchantly argued introduction to Rousseau’s political philosophy. It is not an introduction in the usual sense. Beginners who enjoy thinking hard will find the book a good first approach to Rousseau, but long-time readers of Rousseau will find detailed and challenging arguments … . What his present study has achieved is remarkable.” (Paul Ludwig, Interpretation. A Journal of Political Philosophy, Vol. 44 (2), Winter, 2018)
“The book does include detailed analyses of many of Rousseau's more widely read texts … . This book is sure to be influential among all who are interested in Rousseau and political philosophy. … Summing Up: Highly recommended. Upper-division undergraduates through faculty.” (R. C. Robinson, Choice, Vol. 54 (9), May, 2017)
Buy options