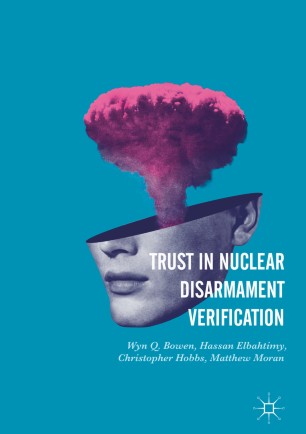 This book explores how human factors, in particular the contested notion of trust, influence the conduct and practice of arms control verification. In the nuclear arena, disarmament verification is often viewed purely in terms of a dispassionate, scientific process. Yet this view is fundamentally flawed since the technical impossibility of 100 per cent verification opens the door to a host of complex issues and questions regarding the process and its outcomes. Central among these is the fact that those involved in any verification inspection process must inevitably conduct their work in a space that falls well short of absolute certainty. Drawing on extensive empirical evidence, the authors explore the complex interplay between evidence-based judgements and perceptions of intentions that frames the science of verification. The book provides new insights into the role and influence of human factors in the verification process, shedding light on this ‘blind spot’ of verification research. It is an invaluable resource for practitioners, academics and students working in arms control and disarmament.

Professor Wyn Bowen is Head of the School of Security Studies at King’s College London. He is author of Living on the Edge: Iran and the Practice of Nuclear Hedging (Palgrave Macmillan, 2016)

Dr Hassan Elbahtimy is a Post-Doctoral Researcher within the Centre for Science and Security Studies. He was previously a Senior Researcher at VERTIC and worked on the Arms Control Desk of the Egyptian Ministry of Foreign Affairs

Dr Christopher Hobbs is Co-Director of the Centre for Science and Security Studies and a Reader in Science and Security in the War Studies Department at King’s College London. He is author of Exploring Regional Responses to a Nuclear Iran: Nuclear Dominoes? (Palgrave Macmillan, 2014)

Dr Matthew Moran is Co-Director of the Centre for Science and Security Studies and a Reader in International Security in the Department of War Studies at King’s College London. He is author of Living on the Edge: Iran and the Practice of Nuclear Hedging (Palgrave Macmillan, 2016)