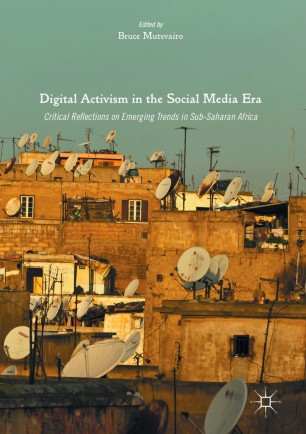 This book probes the vitality, potentiality and ability of new communication and technological changes to drive online-based civil action across Africa. In a continent booming with mobile innovation and a plethora of social networking sites, the Internet is considered a powerful platform used by pro-democracy activists to negotiate and sometimes push for reform-based political and social changes in Africa. The book discusses and theorizes digital activism within social and geo-political realms, analysing cases such as the #FeesMustFall and #BringBackOurGirls campaigns in South Africa and Nigeria respectively to question the extent to which they have changed the dynamics of digital activism in sub-Saharan Africa.  Comparative case study reflections in eight African countries identify and critique digital concepts questioning what impact they have had on the civil society. Cases also explore the African LGBT community as a social movement while discussing opportunities and challenges faced by online activists fighting for LGBT equality. Finally, gender-based activists using digital tools to gain attention and facilitate social changes are also appraised.