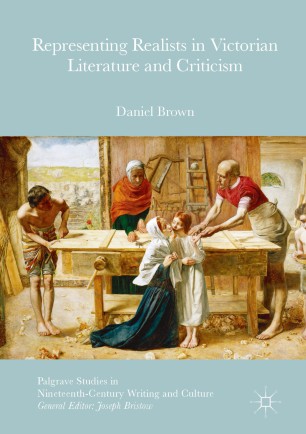 Representing Realists in Victorian Literature and Criticism is a valuable contribution to scholarship on the emergence of realism as a coherent method and genre—both in Victorian literature and visual art.  By attending to the ways in which realism was the subject of debate throughout the nineteenth-century, Representing Realists asks us to rethink the way “realism” was deployed as a tool for negotiating between genres and classes, for framing national and colonial identities, and for theorizing the relationship between art and the social. Simply put, Representing Realists is essential reading for scholars and students alike. - Daniel A. Novak, The University of Mississippi, Oxford, USA
This book is about the historical moment when writers and critics first used the term “realism” to describe representation in literature and painting. While scholarship on realism tends to proceed from an assumption that the term has a long-established meaning and history, this book reveals that mid-nineteenth-century critics and writers first used the term reluctantly, with much confusion over what it might actually mean. It did not acquire the ready meaning we now take for granted until the end of the nineteenth century. In fact, its first definitions came primarily by way of example and analogy, through descriptions of current practitioners, or through fictionalized representations of artists. By investigating original debates over the term “realism,” this book shows how writers simultaneously engaged with broader concerns about the changing meanings of what was real and who had the authority to decide this.