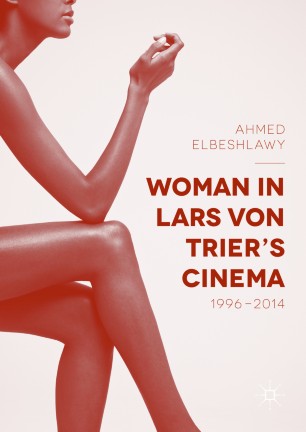 This book discusses the figure of Woman in Lars von Trier’s distinctive cinematic productions from 1996 to 2014. It takes the notorious legacy of violence against women in von Trier’s cinema beyond the perceived gender division, elevating the director’s image above being a mere provocateur. By raising fundamental questions about woman, sexuality, and desire, Elbeshlawy shows that Trier’s cinematic Woman is an attempt at creating an image of a genderless subject that is not inhibited by the confines of ideology and culture. But this attempt is perennially ill-fated. And it is this failure that not only fosters viewing enjoyment but also gives the films their political importance, elevating them above both commendations and condemnations of feminist discourse.
Ahmed Elbeshlawy is an independent scholar and occasional lecturer. He is author of America in Literature and Film (2011) and has contributed articles to The Comparatist (2008), the forthcoming Palgrave Handbook to Literature and the City, andFe/Male Bodies (2005/6).

Ahmed Elbeshlawy is an independent scholar and occasional lecturer. He is author of America in Literature and Film (2011) and has contributed articles to The Comparatist (2008), the forthcoming Palgrave Handbook to Literature and the City, female/bodies (2005, 2006), Scope (2008) and Sexuality and Culture (2014).

“Woman in Lars von Trier’s Cinema is an utterly compulsive and authoritative study of such related concepts as sexuality, pornography, violence, and America. Written with a compelling command of psychoanalysis, and critical film theory, it lifts the myths around this film-maker and shows him as an essential entry-point into a reading of current Western modernity and its fetishisation of the woman.” (Jeremy Tambling, independent scholar of comparative literature)

“Given that the concept of “woman” as “not male” exists as a void in patriarchal discourse, Elbeshlawy does a superb job of detailing how Danish filmmaker Lars von Trier, the vexatious bad boy of Dogme 95 cinema, struggles with violently extreme depictions of his conflicted, insatiable, humiliated, abused, self-sacrificing and self-destructive female characters.  Drawing adeptly on Jacques Lacan, Slavoj Žižek, and other psychoanalytic theorists, Elbeshlawy argues that Von Trier’s inevitable failure to depict woman on screen opens up a wealth of other possibilities for the contemplation of femininity, race, sexuality, and the cinematic gaze in the films of this controversial European auteur.  Anyone who has considered putting Lars von Trier’s often perplexing, infuriating characters on the psychoanalyst’s couch should read this book.” (Gina Marchetti, Professor, University of Hong Kong)

“Ahmed Elbeshlawy’s Woman in Lars von Trier’s Cinema, 1996 – 2014 offers a highly valuable critical introduction to Lars von Trier’s films from a psychoanalytical perspective. Different ideological dimensions of the woman are effectively unpacked and explored through various key Lacanian ideas like the gaze, desire, melancholy, subjectivity, jouissance, objet petit a, etc., in conjunction with pertinent discussions of other cultural terms and ideas, such as sacrifice, gift, social fantasy, song and sound, pornography, etc., resulting in an intriguing and convincing elucidation of the representations of the woman in von Trier’s films. For those who have not watched von Trier’s films, this impressive work will surely whip up their interest to watch them. For those who have already watched his films, Elbeshlawy’s sure-footed and thought-provoking explication will entice them to watch his films again.” (Paul Kong, Hong Kong Baptist University)