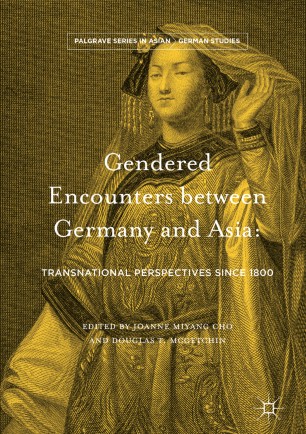 Gendered Encounters between Germany and Asia

This volume provides new insights into gendered interactions over the past two centuries between Germany and Asia, including India, China, Japan, and previously overlooked Asian countries including Vietnam, the Philippines, Thailand, and Korea. This volume presents scholarship from academics working in the field of German-Asian Studies as it relates to gender across transnational encounters in the nineteenth and twentieth centuries. Gender has been a lens of analysis in isolated published chapters in previous edited volumes on German-Asian connections, but nowhere has there been a volume specifically dedicated to the analysis of gender in this field. Rejecting traditional notions of West and East as seeming polar opposites, their contributions to this volume attempts to reconstruct the ways in which German and Asian men and women have cooperated and negotiated the challenge of modernity in various fields.