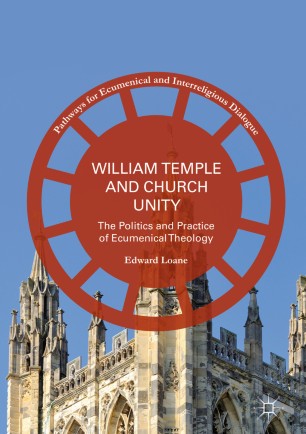 The Politics and Practice of Ecumenical Theology

This book evaluates William Temple’s theology and his pursuit of church unity. It exposes a number of paradoxes and conflicts that have generally gone under-appreciated in assessments of Temple.
William Temple was one of the most outstanding leaders of the early ecumenical movement. In many ways his ecumenical efforts provided a paradigm others have looked to and followed. Through detailed analysis of primary sources, this study sheds light on several behind-the-scenes conflicts Temple experienced as he worked toward church unity. Edward Loane explores the foundation of Temple’s work by analyzing the philosophy and theology that underpinned and fueled it. The book also exposes the tensions between Temple’s denominational allegiance and his ecumenical convictions—a tension that, in some ways, undermined his work for reunion. This book reveals issues that contemporary Christians need to grapple with as they seek to further church unity.