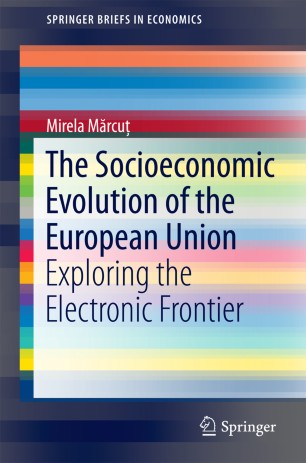 The Socioeconomic Evolution of the European Union

This volume explores the role of territory in the creation, maintenance and extension of a new type of frontier, the electronic frontier, from a social and economic point of view. It  departs from the earlier concepts of borders – state, social, economic, ethnic, religious, etc. – to investigate the fluidity of borders and their shift towards an axis-based paradigm within the free-movement European Union. Specifically, the authors will examine a) the metamorphoses of frontiers between the real and the virtual, b) the importance of space (territory) in the new information society and the Digital Single Market and c) the evolution of electronic frontiers in relation to globalization and the network society.

What happens when the Internet collides with new social and economic borders? In the past borders have been perceived from only a national state point of view. Now new types of borders or frontiers, such as social, economic, ethnic, religious frontiers, can be discussed. The electronic frontier is the result of a socio-economic analysis of the relationship between the Internet and new frontiers in society and the economy.  The European space best represents the fluidity of borders and frontiers within this transformation. Thus, the European Union is the best space to perform research on the electronic frontiers. Borders are permeable or impermeable, agents of inclusiveness or of exclusion. The relations between the real space and the virtual space, but also the influence of the Internet on society, lead us to two other important concepts for our research, namely digital divide and digital inclusion, which define connections or barriers even within the virtual space.

This book attempts to answer questions such as:

This title aims to fill the gap in the literature in the relationship between frontiers and information and communication technologies.