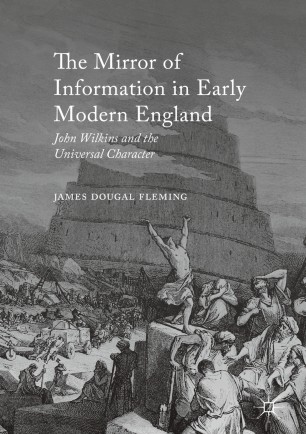 The Mirror of Information in Early Modern England

John Wilkins and the Universal Character

This book examines the seventeenth-century project for a "real" or "universal" character: a scientific and objective code. Focusing on the Essay towards a real character, and a philosophical language (1668) of the polymath John Wilkins, Fleming provides a detailed explanation of how a real character actually was supposed to work. He argues that the period movement should not be understood as a curious episode in the history of language, but as an illuminating avatar of information technology. A non-oral code, supposedly amounting to a script of things, the character was to support scientific discourse through a universal database, in alignment with cosmic truths. In all these ways, J.D. Fleming argues, the world of the character bears phenomenological comparison to the world of modern digital information—what has been called the infosphere.