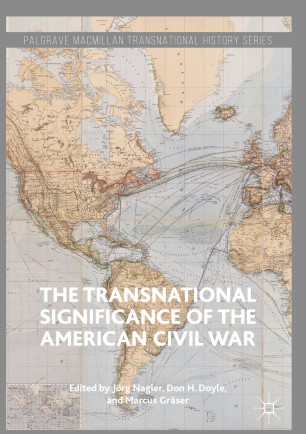 The Transnational Significance of the American Civil War

This volume of pioneering essays brings together an impressive array of well-established and emerging historians from Europe and the United States whose common endeavor is to situate America’s Civil War within the wider framework of global history. These essays view the American conflict through a fascinating array of topical prisms that will take readers beyond the familiar themes of U. S. Civil War history. They will also take readers beyond the national boundaries that typically confine our understanding of this momentous conflict. The history of America’s Civil War has typically been interpreted within a familiar national narrative focusing on the internal discord between North and South over the future of slavery in the United States.