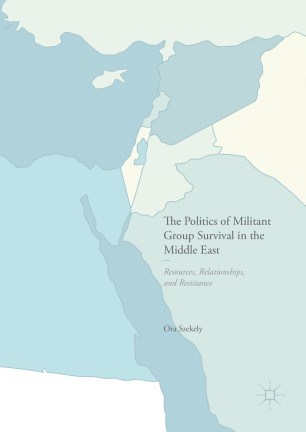 The Politics of Militant Group Survival in the Middle East

This book compares the performances of four key non-state actors in the Arab-Israeli conflict ecosystem: the PLO, Hamas, Hizbullah, and Amal. It argues that is not the assets a militant group has, but rather how it acquired them that matters in explaining the variation in these actors' abilities to militarily resist and politically recover from confrontations with far more powerful adversaries. Groups that rely on marketing campaigns to secure local support and regional patronage do far better than those that rely on coercion or even barter. The book develops a typology of organizations based on their foreign and domestic policies, which has interesting implications for other non-state actors, such as ISIS. It is based on field research in Jordan, Lebanon, Israel, the West Bank, Egypt, and Syria, including interviews with members of a range of Lebanese and Palestinian militant groups, as well as politicians, UN staff, journalists, and members of the Jordanian and Israeli armies.