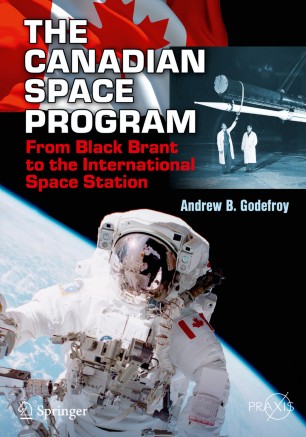 From Black Brant to the International Space Station

Canada’s space efforts from its origins towards the end of the Second World War through to its participation in the ISS today are revealed in full in this complete and carefully researched history. Employing recently declassified archives and many never previously used sources, author Andrew B. Godefroy explains the history of the program through its policy and many fascinating projects. He assesses its effectiveness as a major partner in both US and international space programs, examines its current national priorities and capabilities, and outlines the country’s plans for the future.

Despite being the third nation to launch a satellite into space after the Soviet Union and the United States; being a major partner in the US space shuttle program with the iconic Canadarm; being an international leader in the development of space robotics; and acting as one of the five major partners in the ISS, the Canadian Space Program remains one of the least well-known national efforts of the space age. This book attempts to shed a clearer light on the progress made by the CSA thus far, with more ambitious goals ahead. Technical information, diagrams, glossaries, a chronology, and extensive notes on sources are also included in this volume.