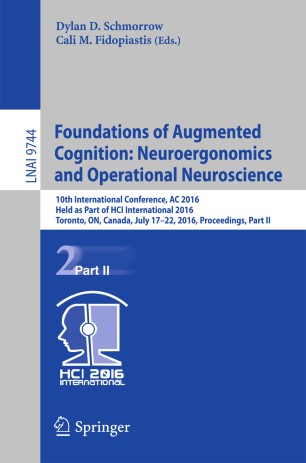 This volume constitutes the refereed proceedings of the 10th International Conference on Foundations of Augmented Cognition, AC 2016, held as part of the 18th International Conference on Human-Computer Interaction, HCII 2016, which took place in Toronto, Canada, in July 2016. HCII 2016 received a total of 4354 submissions, of which 1287 papers were accepted for publication after a careful reviewing process.
The 41 papers presented in this volume were organized in topical sections named: augmented cognition in training and education; human cognition and behavior in complex tasks and environments; interaction in augmented cognition; and social cognition.