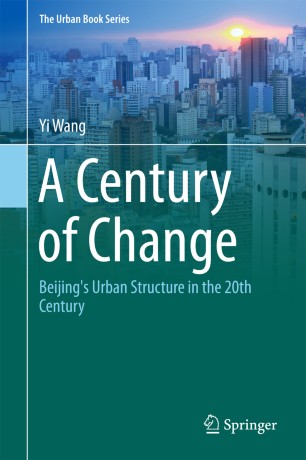 A Century of Change

This book provides a comprehensive overview of the evolution of Beijing’s urban structure in the 20th century, analyzing essential social and economic changes in the housing sector. Focusing on the urban changes that took place under the market economy after 1978 and beyond, the book addresses the demolition of courtyard houses in Beijing’s old city, the relocation of low-income families from the old city, the government’s role regarding housing in the city, and residential segregation in Beijing. Expanding on the author’s PhD thesis at the University of Cambridge, it is illustrated with a wealth of historic photos and maps of Beijing. Presenting relevant descriptions, extensive literature and case studies, the book offers a valuable resource for students and scholars of architecture, urban studies and Chinese studies. First published in 2013 by Pace in Hong Kong, it has since been added to the libraries of many distinguished universities, including Harvard, MIT, Princeton, Columbia, Yale, Stanford, Cornell, U Penn, NYU, UC Berkeley, Hong Kong University, UBC in Canada and the University of Witwatersrand in South Africa.

Dr. Yi Wang received his Bachelor and Master degrees at Tsinghua University in China and his PhD at the University of Cambridge, UK. He is currently a Professor at Tsinghua University’s School of Architecture of in Beijing and, as a First-Class Registered Architect of China, also hosts Yi Wang’s Design Studio. He has been a SPURS Fellow at Massachusetts Institute of Technology in the USA and a Visiting Scholar at the University of Rome in Italy. Dr. Yi Wang is the author of A Century of Change: Beijing’s Urban Structure in the 20th Century (in English) and Local Creations: Selected Works of Yi Wang (in both Chinese and English).