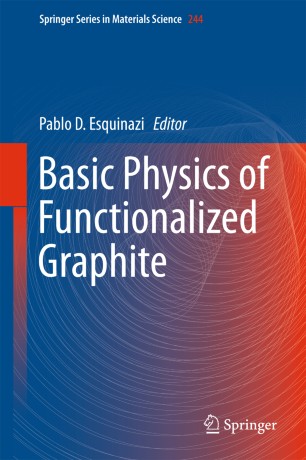 This book summarizes the basic physics of graphite and newly discovered phenomena in this material. The book contains the knowledge needed to understand novel properties of functionalized graphite demonstrating the occurrence of remarkable phenomena in disordered graphite and graphite-based heterostructures. It also discusses applications of thin graphitic samples in future electronics.
Graphite consists of a stack of nearly decoupled two-dimensional graphene planes. Because of the low dimensionality and the presence of Dirac fermions, much of graphite physics resembles that of graphene. On the other hand, the multi-layered nature of the graphite structure together with structural and/or chemical disorder are responsible for phenomena that are not observed yet in graphene, such as ferromagnetic order and superconductivity. Each chapter was written by one or more experts in the field whose contributions were relevant in the (re)discovery of (un)known phenomena in graphite. The book is intended as reference for beginners and experts in the field, introducing them to many aspects of the new physics of graphite, with a fresh overview of recently found phenomena and the theoretical frames to understand them.