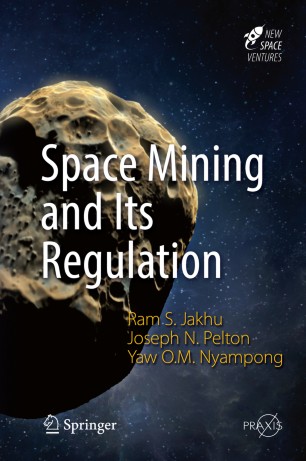 Space Mining and Its Regulation

This book addresses the complex technical challenges presented by remote space mining in terms of robotics, remote power systems, space transport, IT and communications systems, and more. It also addresses the difficult oversight and regulatory issues that face states and non-state enterprises that would take on the perilous task of obtaining natural resources from the Moon and asteroids.

An increasing number of countries are becoming involved in space-related activities that were previously carried out primarily by the United States and the USSR (now the Russian Federation). How these regulatory endeavors might be handled in international treaties, standards, codes of conduct or other means have become a truly international political issue. And there is yet another issue.

In the past, space activities traditionally fell under the exclusive domain of government. But the last few years have seen the emergence of the private sector of "space entrepreneurs." This poses many challenges for the pre-existing governance regimes and state-based conceptions of international law. This book examines the adequacies and ambiguities in treaty provisions and national laws and in currently accepted practices involving the growing exploration and exploitation of space-based natural resources.