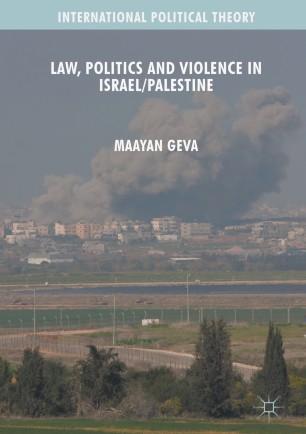 Law, Politics and Violence in Israel/Palestine

This book investigates the Israeli engagement with international law in relation to the Occupied Palestinian Territories (OPT) between 1967 and 2009. Grounded in a field-based study of the military International Law Department, it examines the dynamic position and impact that international law has had in the OPT. By analysing the Israeli 2008/9 offensive in Gaza as an example of contemporary warfare, the author argues that law and military agenda have become intertwined in ‘lawfare’, a condition sanctioning new forms of law and violence. The military legal system is central to the Israeli management of the OPT, yet despite the great interest in the legal aspects of the Israeli occupation, scholarly accounts of this institution are scarce. This discussion also has wider international relevance, particularly in the backdrop of the contemporary prominence of international law in Western militaries’ operations. This book will appeal to researchers, practitioners and students interested in international relations, political theory, human rights, Middle Eastern politics, and legal studies.