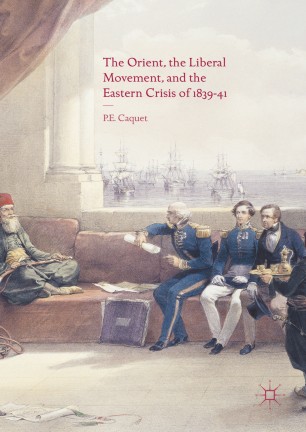 The Orient, the Liberal Movement, and the Eastern Crisis of 1839-41

This book focuses on the Eastern Crisis of 1839-41, closely examining the first instance of coordinated Western intervention in the Middle East during the modern era. Readers can explore topics such as how culture, domestic politics, and ideology shaped diplomacy in this landmark crisis, and the importance role played by religion - including, alongside mainstream Christianity, the Protestant Zionist movement. Highly informative and fully researched, this book suggests that the Eastern Crisis - and its associated diplomatic and military efforts - marked the first of many modern-era attempts to “improve” the region by moulding it in a Western image, providing scholars with a new perspective on this period of history.