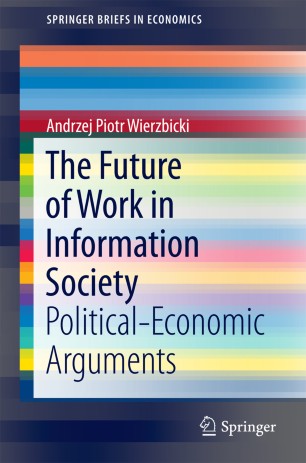 The Future of Work in Information Society

This book investigates the question as to whether technological developments will ultimately mean the end of work and, if so, what the consequences will be. The author addresses this question from the perspective of a technologist well versed in econometrics and game theory, and argues that it is not technology alone that could lead to the end of work, but its utilization by the capitalist system. Technology allows us to minimize the costs of work and increase profits, while the system is worsening unemployment, socio-economic inequality and stratification – which could lead to the end of capitalism in a massive global revolution.

As such, the book proposes an evolutionary reform based on a seemingly minor but in fact essential correction of the corporate income tax, which he proposes should decrease in accordance with the percentage of the enterprise’s revenues expended to pay employee salaries. In this way, entrepreneurs will be motivated to implement new professions and occupations, as well as new workplaces. Only in this way, the book argues, can reforms be used to prevent the end of work, which would have catastrophic consequences.