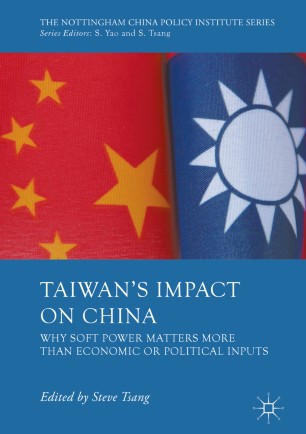 Why Soft Power Matters More than Economic or Political Inputs

This book is about the basis and scope of impact that Taiwan – a democracy with a population of around 23 million – has on China, the most powerful remaining Leninist state which claims sovereignty over Taiwan and has a population of over 1.3 billion. It examines how Taiwan has helped China in its economic transformation, but argues that the former exercises greatest influence through its soft power. The expert and timely contributions in this book demonstrate how Taiwan exerts real influence in China through admiration of its popular culture, be it in music or literature, as well as its reach into politics and economics. As mainland Chinese visit Taiwan, they are most impressed with civility in everyday living based on a modernized version of the traditional Chinese culture. However, discussions in the book also reveal the limits of Taiwan’s impact, as the Chinese government tightly controls the narrative about Taiwan and does not tolerate any Taiwanese posing a threat to its monopoly of power.