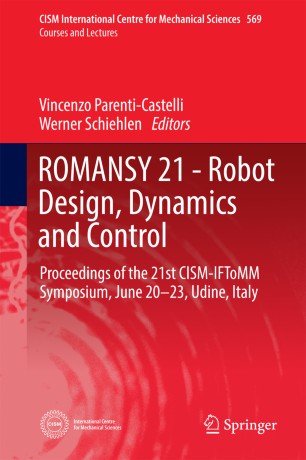 ROMANSY 2016 is the 21st event in a series that started in 1973 as one of the first conference activities in the world on Robotics. The first event was held at CISM (International Centre for Mechanical Science) in Udine, Italy on 5-8 September 1973. It was also the first topic conference of IFToMM (International Federation for the Promotion of Mechanism and Machine Science) and it was directed not only to the IFToMM community.