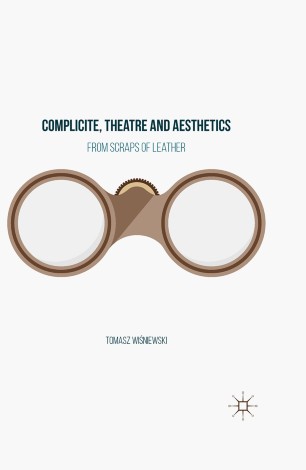 From Scraps of Leather

“In this book Tomasz Wiśniewski explores the roots, techniques, methodologies and influences of Complicite’s performances without attempting to codify either its international spirit or the plurality of its styles.  Granted unprecedented access to the Complicite archives, Dr. Wiśniewski has crafted a sensitive, deeply penetrating, yet accessible analysis of one of the most dynamic, intelligent, and regenerative theatre companies of our time.  I would certainly recommend it to theatre historians and practitioners as at least one model of how theatre remains a vital force in 21st century culture.” - S. E. Gontarski, Robert O. Lawton Distinguished Professor of English, Florida State University, USA

“Wisniewski presents us with a careful and comprehensive discussion of one of the most innovative theater companies working anywhere in the world today.  His is a landmark study that is both assertive and accessible. Like Complicite itself, he helps us recognize and celebrate nothing less than the endless potential of the theatrical imagination itself.” - Enoch Brater, Kenneth T. Rowe Collegiate Professor of Dramatic Literature, University of Michigan, USA

“Through a combination of impeccable theatre research and perceptive critical analysis, this book opens a window onto one of Britain’s most consistently creative theatre companies.” - Kenneth Pickering, Honorary Professor of Drama, University of Kent, UK

This book presents a pioneering critical study of Complicite’s work throughout the years. Drawing on an extensive overview of the available research material – including interviews, manuscripts and the company’s own archive – the book is framed within a clearly defined research perspective and explores the singularity of theatre communication. The book results from an encounter between the London-based – but cosmopolitan in scope – company, and a fresh application of the form-oriented scholarship of Eastern Europe, Yuri Lotman’s semiosphere in particular. Focused on the aesthetics of Complicite, this study achieves a critical distance and undertakes multidimensional scrutiny of the available research material. By identifying  the  principles of Complicite’s aesthetics, the book attempts to grasp the company’s  artistic paradigm. It focuses on ways of creating, preserving, and decoding meanings, rather than on the nuances of performance or contextual issues.