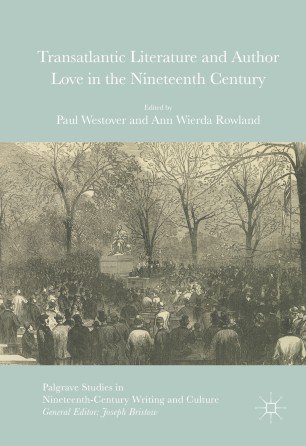 Transatlantic Literature and Author Love in the Nineteenth Century

This book is about Anglo-American literary heritage. It argues that readers on both sides of the Atlantic shaped the contours of international ‘English’ in the 1800s, expressing love for books and authors in a wide range of media and social practices. It highlights how, in the wake of American independence, the affection bestowed on authors who became international objects of celebration and commemoration was a major force in the invention of transnational ‘English’ literature, the popular canon defined by shared language and tradition. While love as such is difficult to quantify and recover, the records of such affection survive not just in print, but also in other media: in monuments, in architecture, and in the ephemera of material culture. Thus, this collection brings into view a wide range of nineteenth-century expressions of love for literature and its creators.