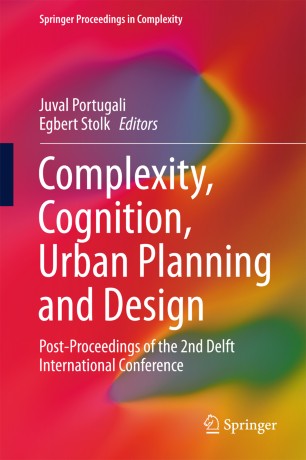 Part of the Springer Proceedings in Complexity book series (SPCOM)

This book, which resulted from an intensive discourse between experts from several disciplines – complexity theorists, cognitive scientists, philosophers, urban planners and urban designers, as well as a zoologist and a physiologist – addresses various issues regarding cities. It is a first step in responding to the challenge of generating just such a discourse, based on a dilemma identified in the CTC (Complexity Theories of Cities) domain. The latter has demonstrated that cities exhibit the properties of natural, organic complex systems: they are open, complex and bottom-up, have fractal structures and are often chaotic. CTC have further shown that many of the mathematical formalisms and models developed to study material and organic complex systems also apply to cities. The dilemma in the current state of CTC is that cities differ from natural complex systems in that they are hybrid complex systems composed, on the one hand, of artifacts such as buildings, roads and bridges, and of natural human agents on the other. This raises a plethora of new questions on the difference between the natural and the artificial, the cognitive origin of human action and behavior, and the role of planning and designing cities. The answers to these questions cannot come from a single discipline; they must instead emerge from a discourse between experts from several disciplines engaged in CTC.