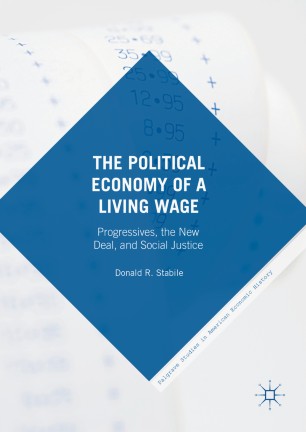 The Political Economy of a Living Wage

This book tells the story behind President Franklin D. Roosevelt’s use of the phrase "living wage" in a variety of speeches, letters, and statements, and examines the degree to which programs of the New Deal reflected the ideas of a living wage movement that existed in the US for almost three decades before Roosevelt was elected president. Far from being a side issue, the previously unexplored living wage debate sheds light on the New Deal philosophy of social justice by identifying the value judgments behind its policies. Moving chronologically through history, this book's highlights include the revelation of a living wage agenda under the War Industry Board (WIB)'s National War Labor Board (NWLB) during World War I, the unearthing of long-forgotten literature from the 1920s and 30s that formed the foundation of Roosevelt's statements on a living wage, and the examination of contemporary studies that used a simple living wage formula combining collective bargaining, social insurance, and minimum wage as a standard for social justice used to measure the impact of New Deal polices.