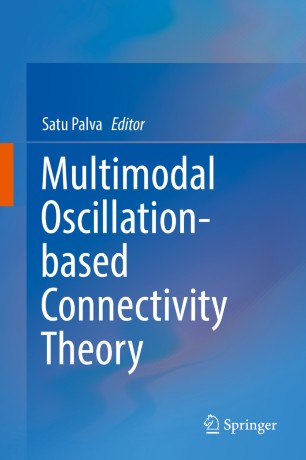 Systems-level neuronal mechanisms that coordinate the temporally, anatomically, and functionally distributed neuronal activity into coherent cognitive operations in the human brain have remained poorly understood. In humans, neuronal oscillations and synchronization can be recorded non-invasively with electro- and magnetoencephalography (EEG and MEG) that have excellent temporal resolution and an adequate spatial resolution when combined with source-reconstruction methods. In this book, leading authors in the field describe how recent methodological advances have paved the way to several major breakthroughs in the observations of large-scale synchrony from human non-invasive MEG data.

This volume also presents the caveats influencing analyses of synchronization. These include the non-homogeneous sensitivity of MEG to superficial cortical sources, and, most importantly, the multitude of consequences of linear mixing. Linear mixing is an immense confounder in the sensor-level analyses of synchronization, but is also present at the source level. Approaches that can be used to avoid or compensate for these issues are then discussed.

Thereafter, several authors take up a number of the functional roles that large-scale synchronization has in cognition. The authors assess how the spatio–temporal and –spectral organization and strength of both local and large-scale synchronized networks are associated with conscious sensory perception, visual working memory functions, and attention. These chapters summarize several lines of research showing how the strength of local and inter-areal oscillations in both cortical and subcortical brain structures is correlated with cognitive functions. Together these data suggest that synchronized neuronal oscillations may be a systems-level neuronal mechanism underlying the coordination of distributed processing in human cognition. In line with this argument, other authors go on to describe how oscillations and synchronization are altered in clinical populations, complementing the data presented on healthy subjects.

Importantly, this book includes chapters from authors using many different approaches to the analyses of neuronal oscillations, ranging from local oscillatory activities to the usage of graph theoretical tools in the analyses of synchronization. In this way the present volume provides a comprehensive view on the analyses and functional significance of neuronal oscillations in humans. This book is aimed at doctoral and post-doctoral students as well as research scientists in the fields of cognitive neuroscience, psychology, medicine, and neurosciences.