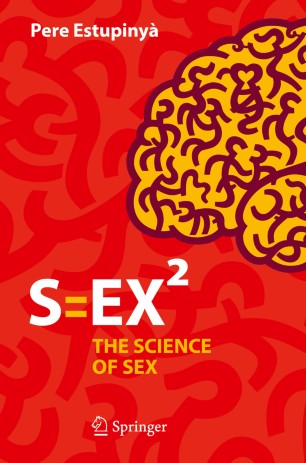 The Science of Sex

This book goes beyond the well-worn sexual education advice and the usual evolutionist psychology. After The Brain Snatcher, Pere Estupinyà comes back with the first popular science book on sex aimed at a wide audience. While there are some tips for the more adventurous, there is also a wealth of new information to be discovered.

Distancing himself from the many books on advice or techniques, Estupinyà brings sex to another dimension by combining popular beliefs and science. Do you want proof that our decision-making in the “heat of the moment” is less rational than we think? Did you know that mind and vagina each go their own way? Are you interested in learning about the effects of yoga on sexual pleasure? Did you know about the attempts in the 60s to “cure” homosexuals with electric shock therapy, the chemical analysis of female ejaculation, or the fundamental relationship between the sympathetic and parasympathetic nervous system? The author has spoken directly with asexual and intersexual individuals, fetishists, multi-orgasmic women, women who never have orgasms through penetration, and men who have no refractory period. He has also participated in sadomasochistic events; learned tantric techniques with a couple of coaches, spoken with porn performers at Barcelona’s Bagdad, and attended workshops in which a woman teaches how to have orgasms with your mind and breathing. The result is an incredible miscellany of information that appeals to both the scientific community and the curious.

Pere Estupinyà is a trained chemist and biochemist and a science communicator by vocation who, after a short time as a PhD researcher, switched to science journalism. After serving as the editor of a leading Spanish television program on science, he is currently the director and presenter of a new show on Spanish public television named after his book “The Brain Snatcher.”

Pere Estupinyà has lectured on Science, Technology and Society at the Ramon Llull University in Barcelona and spent an academic year at the prestigious Massachusetts Institute of Technology (MIT) and Harvard University as a Knight Science Journalism Fellow. He has been a consultant for the Inter-American Development Bank (IADB) and the Organization Of American States (OAS) on topics concerning the improvement of science communications in Latin America. His remarkably transparent and clever writing led him to write about science in the main Spanish newspapers.

In November 2010 Pere Estupinyà published his first book on science for the general public: “El Ladrón de cerebros” (The Brain Snatcher), which is now in its 5th reprinting. In summer 2011 he released the eBook “Rascar donde no pica” (To Scratch Where It Doesn’t Itch), and in 2013 he published the Spanish and Catalan editions of S=EX2. In 2016, Pere Estupinyà published his most recent book “Comer cerezas con los ojos a ciegas” (Eating Cherries with Blind Eyes).

Pere Estupinyà lives in Washington, DC and Barcelona, and defines himself as a scientific omnivore who writes about science as an excuse to learn more about, and enjoy, its wonders.

“Estupinyà, a science journalist, has produced an accessible, entertaining review of a wide range of topics related to human sexuality. … The major strengths of this publication are Estupinyà’s interesting writing style and his ability to render transparent the dense and obscure. Summing Up: Recommended. Lower- and upper-division undergraduates; general readers.” (P. Lefler, Choice, Vol. 54 (9), May, 2017)
Buy options