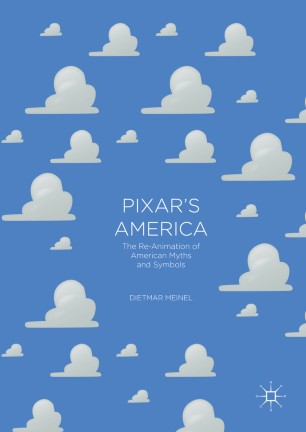 The Re-Animation of American Myths and Symbols

This book examines the popular and critically acclaimed films of Pixar Animation Studios in their cultural and historical context. Whether interventionist sheriff dolls liberating oppressed toys (Toy Story) or exceptionally talented rodents hoping to fulfill their dreams (Ratatouille), these cinematic texts draw on popular myths and symbols of American culture. As Pixar films refashion traditional American figures, motifs and narratives for contemporary audiences, this book looks at their politics - from the frontier myth in light of traditional gender roles (WALL-E) to the notion of voluntary associations and neoliberalism (The Incredibles). Through close readings, this volume considers the aesthetics of digital animation, including voice-acting and the simulation of camera work, as further mediations of the traditional themes and motifs of American culture in novel form. Dietmar Meinel explores the ways in which Pixar films come to reanimate and remediate prominent myths and symbols of American culture in all their cinematic, ideological and narrative complexity.