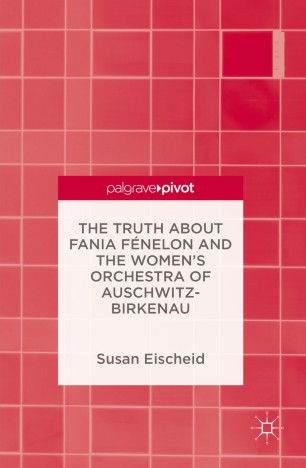 This book explores how the women’s orchestra at Auschwitz-Birkenau has been remembered in both media and popular culture since the end of the Second World War. In particular it focuses on Fania Fenelon’s memoir, Playing for Time (1976), which was subsequently adapted into a film. Since then the publication has become a cornerstone of Holocaust remembrance and scholarship. Susan Eischeid therefore interrogates whether it deserves such status, and whether such material can ever be considered reliable source material for historians. Using divergent source material gathered by the author, such as interviews with the other surviving members of the orchestra, this Pivot seeks to shed light on this period of women’s history, and question how we remember the Holocaust today.