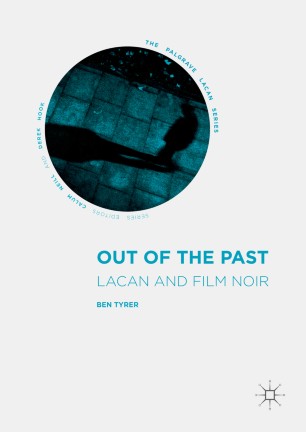 Out of the Past

This book presents a new reading of film noir through psychoanalytic theory. In a field now dominated by Deleuzian and phenomenological approaches to film-philosophy, this book argues that, far from having passed, the time for Lacan in Film Studies is only just beginning. The chapters engage with Lacanian psychoanalysis to perform a meta-critical analysis of the writing on noir in the last seven decades and to present an original theory of criticism and historiography for the cinema. The book is also an act of mourning; for a lost past of the cinema, for a longstanding critical tradition and for film noir. It asks how we can talk about film noir when, in fact, film noir doesn’t exist. The answer starts with Lacan and a refusal to relinquish psychoanalysis. Lacanian theories of retroactivity and ontology can be read together with film history, genre and narrative to show the ways in which theory and history, past and present, cinema and psychoanalysis are fundamentally knotted together. Tyrer also explores Lacan through particular noir films, such as Double Indemnity andThe Maltese Falcon — and demonstrates the possibilities for a Lacanian Film Studies (as one that engages fully with Lacan’s entire body of work) that has hitherto not been realised.
Ben Tyrer is Lecturer in Film Studies at King's College London, UK. His research interests include film theory, film-philosophy and Lacanian psychoanalysis. He is the co-editor of a forthcoming collection, titled Psychoanalytic Approaches to Representing the Unrepresentable, and has published work in Studies in French Cinema and Film-Philosophy, as well as several edited collections on psychoanalysis, culture and society. He is also co-coordinator of the Psychoanalysis in Our Time research network, supported by the Nordic Summer University.