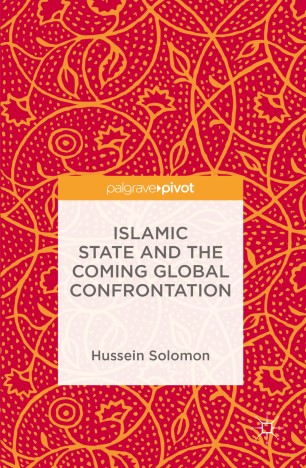 This book analyzes the origins and organizational structure of Islamic State (IS), examining its military triumphs and success in securing new recruits via social media. From its base in Iraq and Syria, IS has spread globally with 17 regional affiliates from Indonesia to Nigeria and sleeper cells in at least 60 countries, capable of atrocities like the Paris attack. To understand the threat of IS, this book explores its organizational structure and underlying ideology, and implications for Western efforts to attack the leadership of IS. The ways IS has grown by swiftly adapting its military strategy, developing creative forms of funding and efforts to win hearts and minds of locals are identified. The author highlights how the competing individual national interests between the Western military alliance and local partners have served to strengthen IS. With its ideology spreading ever further, this book warns of the looming violent confrontation between democratic and Islamist forces. This volume speaks to academics in international relations, security studies and strategic studies, policy-makers and interested parties.

Hussein Solomon is Professor in the Department of Political Studies and Governance at the University of the Free State, South Africa and is a Senior Research Associate of the Israeli-based Research on Islam and Muslims in Africa (RIMA). His most recent book was entitled Terrorism and Counter-Terrorism: Fighting Insurgency from Al Shabaab, Ansar Dine and Boko Haram (Palgrave Macmillan, 2015).