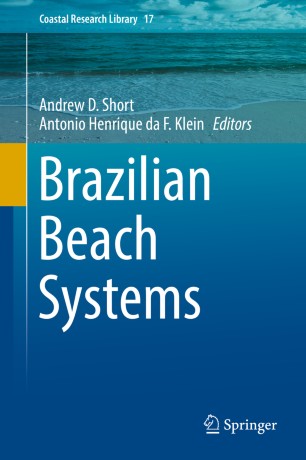 This book is about the more than 4,000 beach systems that form most of the 9000 km long Brazilian coast. It focuses on the beaches of each of the seventeen coastal states and three oceanic islands, their nature, morphodynamics and status. It is a must for anyone who wants to know more about this great coast and its beach systems. This is the first book ever written about the beach systems of Brazil, and actually the very first about the beaches of an entire country. The Brazilian coast extends from the mighty Amazon River and its muddy shores in the north to one of the world’s longest sandy beaches in the southern Rio Grande do Sul. It contains every beach type from wave to tide-dominated which range in size from small embayed beaches to long barrier beaches.

The book is written by leading Brazilian academics and researchers and aims at the university level market, as well as coastal scientists, engineers and managers. Standard scientific terminology is used to describe the coast and its beaches. It is illustrated with more than 400 original figures and serves as a benchmark text on the Brazilian coast.