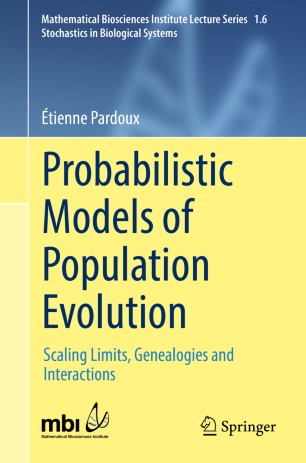 This expository book presents the mathematical description of evolutionary models of populations subject to interactions (e.g. competition) within the population. The author includes both models of finite populations, and limiting models as the size of the population tends to infinity. The size of the population is described as a random function of time and of the initial population (the ancestors at time 0). The genealogical tree of such a population is given. Most models imply that the population is bound to go extinct in finite time. It is explained when the interaction is strong enough so that the extinction time remains finite, when the ancestral population at time 0 goes to infinity. The material could be used for teaching stochastic processes, together with their applications.
Étienne Pardoux is Professor at Aix-Marseille University, working in the field of Stochastic Analysis, stochastic partial differential equations, and probabilistic models in evolutionary biology and population genetics. He obtained his PhD in 1975 at University of Paris-Sud.