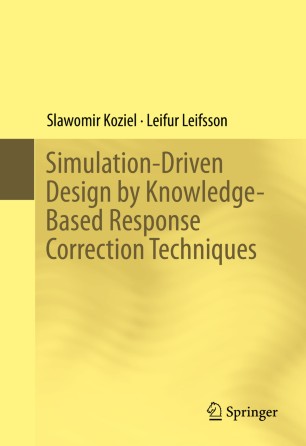 Focused on efficient simulation-driven multi-fidelity optimization techniques, this monograph on simulation-driven optimization covers simulations utilizing physics-based low-fidelity models, often based on coarse-discretization simulations or other types of simplified physics representations, such as analytical models. The methods presented in the book exploit as much as possible any knowledge about the system or device of interest embedded in the low-fidelity model with the purpose of reducing the computational overhead of the design process. Most of the techniques described in the book are of response correction type and can be split into parametric (usually based on analytical formulas) and non-parametric, i.e., not based on analytical formulas. The latter, while more complex in implementation, tend to be more efficient.

The book presents a general formulation of response correction techniques as well as a number of specific methods, including those based on correcting the low-fidelity model response (output space mapping, manifold mapping, adaptive response correction and shape-preserving response prediction), as well as on suitable modification of design specifications. Detailed formulations, application examples and the discussion of advantages and disadvantages of these techniques are also included. The book demonstrates the use of the discussed techniques for solving real-world engineering design problems, including applications in microwave engineering, antenna design, and aero/hydrodynamics.