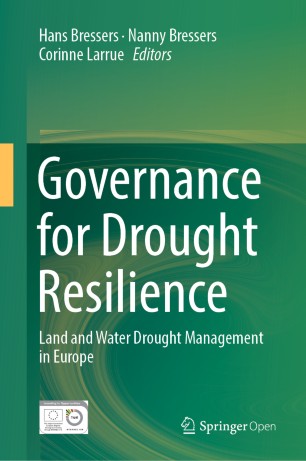 This book presents the findings of a team of scientists and practitioners who have been working on the project “Benefits of Governance in Drought Adaptation” (in short: the DROP project), which is included in the European Union’s INTERREG IVB NWE programme. The DROP governance team developed a Governance Assessment Tool (GAT), which allows the governance setting of a given region for planning and realizing drought adaptation measures to be assessed. Based on this assessment, recommendations can be developed for regional water authorities concerning how to operate most effectively towards increased drought resilience in this context. The GAT has been applied to six regions in Northwest Europe: Twente and Salland in the Netherlands, Eifel-Ruhr in Germany, Brittany in France, Somerset in the United Kingdom, and Flanders in Belgium. These regions are subject to drought aspects related to nature, agriculture and freshwater.

This book will aid regional water authorities and other relevant stakeholders interested in governance assessment, whether that context is about water, more specifically about drought or flooding events, or other environmental issues. Further, the GAT can and has also been applied more broadly to a range of governance contexts for water management and beyond.