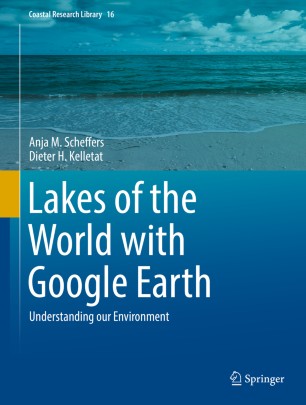 Lakes of the World with Google Earth

Featuring satellite imagery from Google Earth, this guide provides a unique, highly visual tour of lakes across the globe, from the simple to the complex, the nearby to the remote. Clear text accompanies each image and identifies important aspects of each lake along with such information as its coordinates, scale, and altitudes, if relevant.

From the many aspects of lake science including water budgets, temperature regimes, mixing types, biology/ecology, and chemistry, the book concentrates on the genesis of lakes and other closed forms containing water, moisture/swamps or minerals. Its organisation follows different forms of lake origin (often connected to the question of age) such as extra-terrestrial meteor impacts, structural depressions by tectonic activity, patterning of joints or faults, volcanic origin, or the forming influence of glacier ice, subterranean permafrost, littoral processes, running water, wind, and solution of rocks (karst forms).

Coverage also deals with temporal variations in lake existence within the context of climate change in the past and the future. In addition, special chapters are devoted to saline (or salt) lakes, and — in their evaporated forms — to saltpans.

Providing essential information at a glance, this guide will be help both specialists and general readers better understand the world's lakes as well as see them in a new perspective.