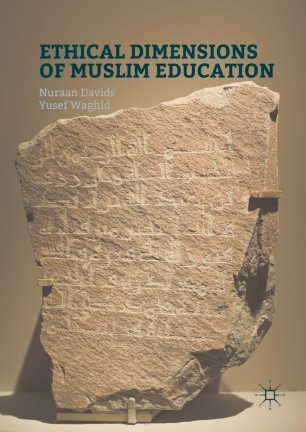 This book draws upon ethical dimensions of Muslim education as a means through which to address contemporary issues, such as social and societal conflicts, exclusion and marginalisation, and violence. It argues that an ethical Muslim education is underscored by the practice of autonomous, critical and deliberative engagement that can engender reflective judgement, compassionate recognition and a responsible ethical (Muslim) community. Such a community is not only capable of cultivating human relationships based on non-coercion, truthful and peaceful human coexistence, but can also quell the stereotypes and forms of dystopia and exclusion that are pervasive in contemporary society. Put differently, Muslim education extends the neo-Kantian view that ethical human conduct can be rationalised in terms of achieving morally worthwhile action towards forms of engagement that are potentially disruptive.
Nuraan Davids is a Senior Lecturer in the Department of Education Policy Studs at Stellenbosch University, South Africa. She has previously published Women, Cosmopolitanism and Islamic Education and Citizenship, Education and Violence (with Yusef Waghid).
Yusef Waghid is a Distinguished Professor of Philosophy of Education in the Department of Education Policy Studies at Stellenbosch University, South Africa. He has previously published African Philosophy of Education Reconsidered.