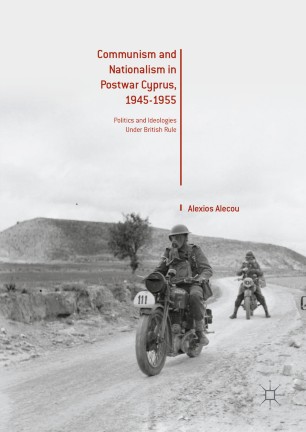 Communism and Nationalism in Postwar Cyprus, 1945-1955

Politics and Ideologies Under British Rule

This book analyzes the events that impacted the structure and competitive processes of the two dominant Cypriot political factions while under the watchful eye of British rule. Based on new archival research, Alecou addresses the social and political environment in which the Cypriot Communists and Nationalists fought each other while at the same time had to fight the British Empire. The differences between communists and nationalists brought the two sides to a frontal collision in the wake of the events of the Greek civil war. The class conflict within Cypriot society would at some point inevitably lead, in one way or another, to a clash between the two factions. The civil war in Greece constituted another field of conflict between Left and Right, accelerating the formation of a bipolar party system in which the vertical division of the Greek community in Cyprus eventually expressed itself.