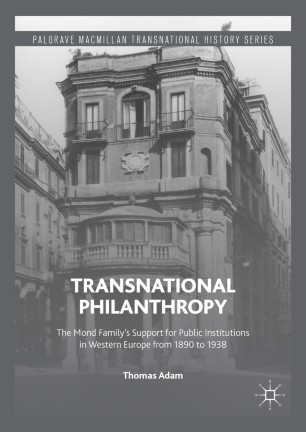 This book provides a collective biography of the Mond family and explores the philanthropic activities of Ludwig Mond and of his two sons Alfred and Robert in the field of art collecting, the fight against early childhood mortality, the advancement of research and of higher education, archaeological excavations in Egypt and Palestine, and for the founding of the State of Israel from the 1890s to the late 1930s. These activities resulted in the creation of the Bibliotheca Hertziana in Rome, the donation of Ludwig Mond’s art collection to the National Gallery in London, the funding of the excavation of  the sacred Buchis Bulls at Armant in Egypt, the establishment of the Children’s Hospital in London, and the support of many natural science institutes and associations in England, France, Germany, and Italy.